My Experience with Hair Extensions 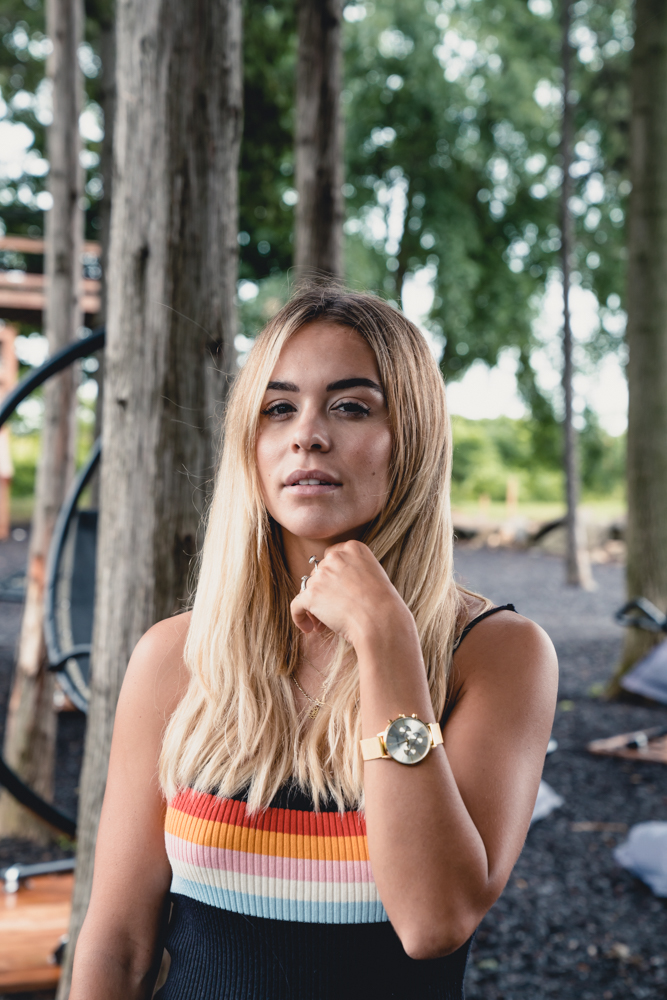 As you know, this summer I tried hair extensions for the very first time. Not the clip-in kind that you remove at night, but those that stay in for several months. I went to see Cass Loignon at her salon LES PRÉCIEUSES in Quebec City. She has a reputation that precedes her, which is why I knew she was the woman for the job!

I thought I’d be sitting in her chair for six hours, but an hour and a half later, my new long, luscious locks and I were walking out the door. It was such an easy process! I LOVED my extensions… In fact, I experienced a whirlwind of emotions, if I’m being totally honest. Let me break it down for you:

The first day, I felt invincible. My beautiful golden hair gave me wings. Come nighttime, I couldn’t understand how I was supposed to sleep. OUCH! It hurt. I was told that after a few days, the pain would subside. Wrong. It hurt for about two weeks. Let me tell you, two weeks feels like a very a long time when you’re trying to fall asleep with head pain. However, I was told that Cass fits her extensions very tightly. The good news is that I’ve never lost extensions (because it would be super awkward to have that happen in public). So thank you to Cass for that! But because I’m sensitive to pain, I’d need to try extensions again and make sure they’re put on a little looser. Finally, taking a shower with extensions is no easy feat. Get ready, when you wash your hair at home for the first time, you’ll need to set aside about an hour! Oops!

In the end, the hair was really soft and it looked like my own. I kept my extensions in for a month because I was going to be traveling to the sea, and I knew that kitesurf and extensions weren’t a good mix. However, I LOVED them during those last two weeks. Without the pain, they were amazing!

For those who want to learn more
I chose metal clip extensions. Why not have them glued in? It’s super simple. Because I knew I’d only keep my extensions in for about a month, it didn’t seem worth it to have them glued in, only to use a chemical on my hair to take them out later. It seemed easier to opt for the clip kind, which can be removed without any harsh products.

PROS AND CONS
Fusion (with glue): it’s glue that goes on your hair. No matter how amazing your hairdresser is, you’re still using chemicals. To remove the extensions, you’ll again need to use a chemical. On the other hand, these extensions are less heavy, less painful, look more seamless, and allow you to put your hair up in a high ponytail.

Clip: you can put them on and remove them 24 hours later without damaging your hair. However, they’re heavier, more painful, and most importantly, it’s impossible to put your hair up in a high ponytail without the clips showing (which I didn’t know). During the summer months, it’s not exactly ideal.

Sew-in: personally, the thought of having extensions sewed into my hair for a month doesn’t sound too appealing. Also, it’s more difficult to disperse the “fake hair,” as full rows of extensions are put in at once.

If you know more about hair extensions, let me know!

MONTRÉAL (the next place I’ll try)