Note to Younger Self 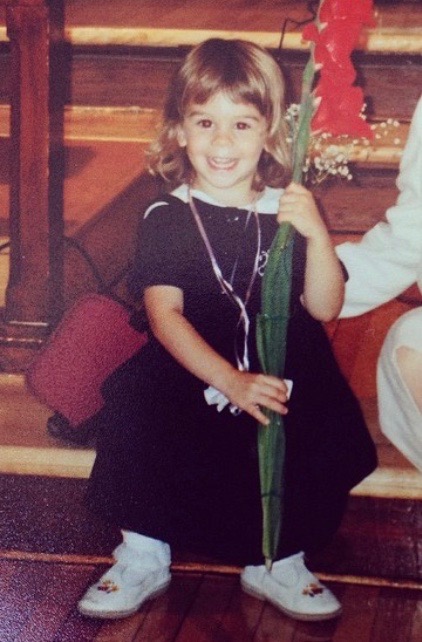 As a girl I was raised to be Good.

I was raised to be quiet when asked.

I was raised to obey.

I was raised to fulfill my parents’ wishes.

I was raised to lower my voice when speaking.

I was raised to be educated and polite.

I was raised to have expectations of others,

To treat them like I wanted to be treated.

I was raised to think of others before myself.

The truth is that my younger self couldn’t just be soft and warm.

For that she was punished over and over.

She was told she had too much personality and needed to fix it.

She had such a struggle with being her true self.

She thought she had a problem from having too much of a fire inside.

She couldn’t control her urges to defend others.

She couldn’t stand in front of stupidity and listen silently.

She had a voice that expanded over anyone else’s.

She dreamt, and daydreamt, hoping for better days.

She screamed and cried.

She craved to feel loved.

She wanted to be heard,

She wanted to count for something.

She wanted to be just as important as anyone else.

She couldn’t stop herself from saying the truth.

It did get her in trouble, but it also made her stronger.

It made her powerful.

It made her count on herself more than on anybody else.

Today that little girl is a strong independent woman,

And that didn’t happen overnight.

She felt pain and hurt like lots of kids her age had never even heard of.

For her lack of love,

She overcame with fire and passion.

A will so strong she could do anything she set her mind to.

Note to younger self, I am proud of you.

Proud that you took care of you when nobody else did.

Proud that you never let anyone step on you like garbage.

So proud that you still open-up to people

And let them touch your heart even if it’s in million pieces.

Proud that you still feel everything,

Even if it’s unbearable at times.

Even prouder that you’re still here with me

And allow me to dream,

Allow me to be whoever I want to be.

You’re the fire to my everything.

I am here for you,

I know I haven’t always been, but I am now.

Your uniqueness is what threatens this world. Be you. Your difference is your superpower. #GRLPWR

TV host, fashionista, and globe-trotter, she documents her life on her blog and YouTube channels. Influencing a whole generation with her bold style and positive attitude, she strives to promote an image of wellness, openness, and love to all the girls who follow her #GRLPWR. With numerous projects in the works, including lead hosting roles on TV and her newly launched blog, Marina’s star is undeniably on the rise.