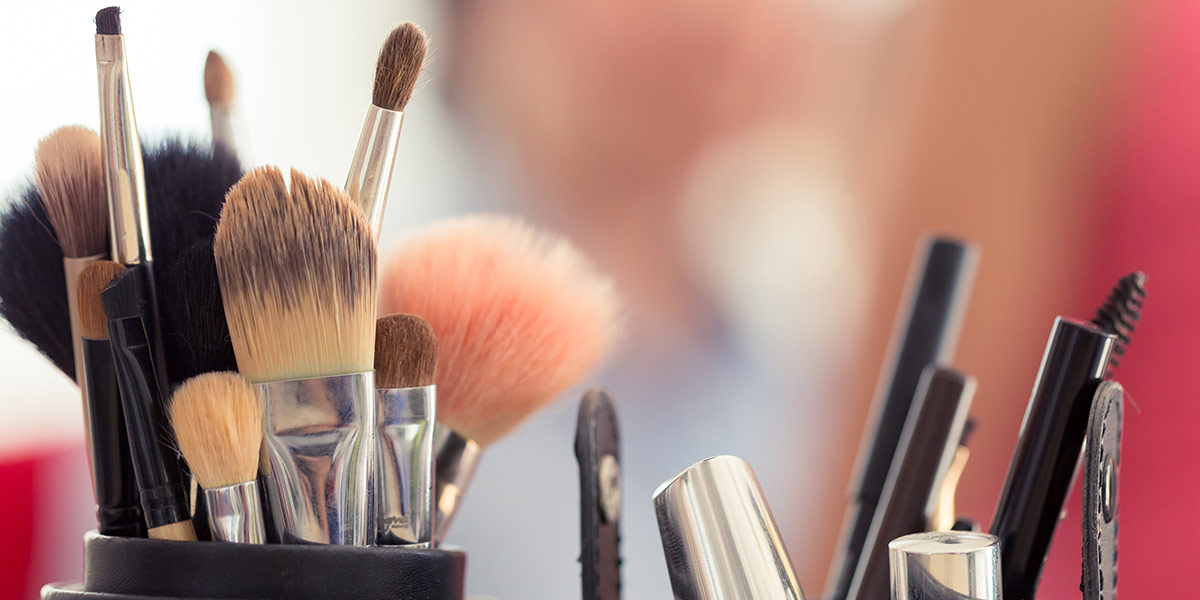 Prep
First, I prepped Marina’s skin with Peoni skincare products. I used L’essence as a toner, followed by the oil, and then the cream. I of course finished with a spritz of rose water from Heritage Store.

Skin
I applied Smashbox’s Photo Finish Primer on Marina’s forehead and under her eyes to mattify those areas. Since we wanted to keep the skin radiant and glowy, I used MAC’s Face and Body, a light coverage water-based foundation. I dabbed a bit of MAC’s Pro Longwear Concealer under Marina’s eyes in a shade lighter than her skin tone. I finished off the skin with Laura Mercier’s Loose Setting Powder under the eyes, around the nose, and on the forehead to prevent shine in pictures.

Blush & Glow
I used Marc Jacobs’ Light Filtering Contour Powder in Hi-Fi 60 under the cheekbones to contour and define Marina’s beautiful face. I applied MAC’s Cream Colour Base in Hush on and above the cheekbones as a highlight, and added a touch of Josie Maran’s Lip and Cheek Creamy Oil as a blush.

Eyes
I used a tiny bit of MAC’s Paint Pot in Bare Study as a base and topped it off with All That Glitters eyeshadow. I added Mulch as a dark colour in the outer corners, a bit of Cream Colour Base in Pearl in the inner corners as a highlight, and a touch of Eye Kohl in Powersurge to line the inside of the eyes. I curled Marina’s lashes with a MAC lash curler and then applied NYX’s Hella Fine liquid liner very close to the lash line to define the eyes. I used MAC’s Extended Play mascara on both the top and bottom lashes, and finished the look by adding Kiss false lashes in 03. I then brushed Marina’s brows with MAC’s Brow Set eyebrow gel in Clear.

Lips
I used MAC’s Lip Pencil in Oak to define the lips and then topped it off with Bite’s Agave Lip Mask.

I only switched up the eyes for this look; everything else stayed the same.

I applied MAC’s Aqua eyeshadow on the lids and blended Teal Appeal in the outer corners. I used MAC’s Steamy under the eyes, MAC’s Cream Colour Base in Pearl to highlight the inner corners, NYX’s Hella Fine eyeliner to define the eyes, and I finished off the look with MAC’s Extended Play mascara!