“To infinity and beyond!” — Buzz Lightyear 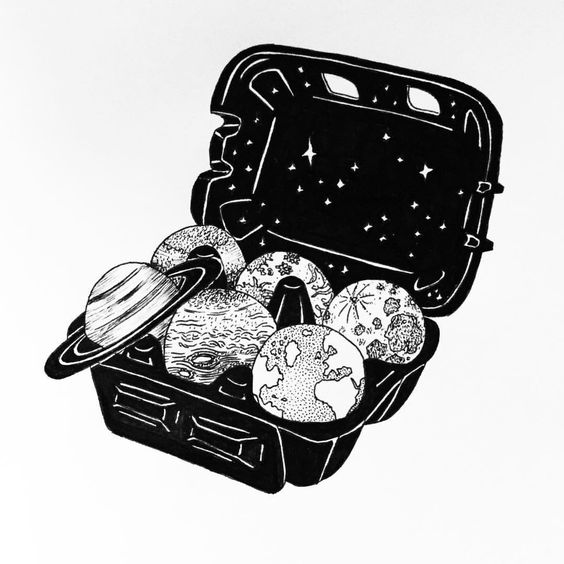 I’ve been impatiently waiting for Virginie Fortin to launch her one woman show. In fact, I’ve been waiting for it since the day I discovered her Laeticia à Cayo Coco video on YouTube in 2012. Few people will get this reference, but true fans will remember that pinta conas were Laeticia and her friend Sonia’s favourite drink.

Anyways, I can finally tell you about her new show called Du bruit dans le Cosmos. However, it’s impossible to make a connection between Laeticia and the Virginie who takes the stage today, because they’re two completely separate entities! If Laeticia embodied a more obvious type of humour, with Du bruit dans le Cosmos, Virginia offers a humour that’s much deeper and more thought out. She invites us to observe Earth’s reality from space!

While my goal isn’t to overstep and steal the cultural section from Vanessa Duchel, I couldn’t pass up the opportunity to talk about the existentialist call that this comedian throws out in her show, like a meteorite striking the big ego of the little earthlings that we are. Between my not-so-discreet laughter, which seemed to deeply bother the lady sitting next to me, Virginie managed to bring out my anxieties about the universe being infinite. Last year, when I learned that NASA had discovered seven other planets similar to the Earth, I felt a sense of intergalactic panic take hold of me. At the same time, it also made me want to go on a space mission knowing that other earthly planets were out there. Bus as Virginie Fortin would say, “What good is counting when space is infinite and time is a notion that’s still too mysterious?”

It’s mind-boggling to me that when we gaze up at a starry sky, we don’t know if we’re looking at the present or the past. In fact, the majority of the stars that we see are the mournful result (because they’re dead) of them shining from light years away. Space is so infinite that scientists estimate that there are approximately 2,000 billion galaxies in our observable universe. LOLOL. I’m not sure if they mean to be reassuring with their statistics, but it personally makes me feel a little light-headed. Sometimes, I think my life makes sense because I found the love of my life and adopted a cat, but then I’m like: “BUT WHO ARE WE IN THIS WORLD IN THIS UNIVERSE?”

As we only have very vague knowledge of what the universe represents, and don’t even know much about its origin or real beginning, we earthlings like to comfort ourselves by relying on the Big Bang theory to answer all of our existential questions. But even though NASA is able to explain how the Big Bang produced my universe, it still can’t answer the following question: WHAT WAS THERE BEFORE ALL THIS? When people tell me that there was nothing before the world as we know it, I’m kind of tempted to become a Julie Payette 2.0 and set off to discover the supposed nothingness in space. As Virginie would say, everyone knows that space is infinite, but it seems like people aren’t that interested and have moved on from the subject. When I listened to the comedian talk about her obsession with space, I kept nodding because I could relate… I’m always thinking about our cosmological life! I’m so obsessed that I don’t understand how people are more stressed by work than by an infinity WITH NO END! Seriously, there’s nothing more distressing than an infinite field of possibilities.

Even in our earthly reality, the word infinite is commonly used knowing very well that it’s a word that’s bigger than all of us. For example, when a couple exchanges vows at their wedding and they promise each other eternal love, you know that if one of them bails, there’s a chance that that infinity will turn into: “It’s over!” You also know that when you go to a Chinese buffet and they tell you it’s “all you can eat,” which implies that there is no limit, there actually is one. What I’m trying to say is that for almost everything in our world, there are limits, beginnings, and ends. Yet, if you just gaze up at a starry sky, it screws up your entire understanding of our existence. Suddenly, there is no beginning or end, just unexplored emptiness.

We must however admit that people are less and less comfortable with that idea and that the desire to explain the unknown has become more intense. In my opinion, that would explain why Americans elected a president that promised to “Unlock the mysteries of space,” because while Trump doesn’t care about climate change or global warming, at least we can count on him to send out space probes to uncover the universe’s mysteries.