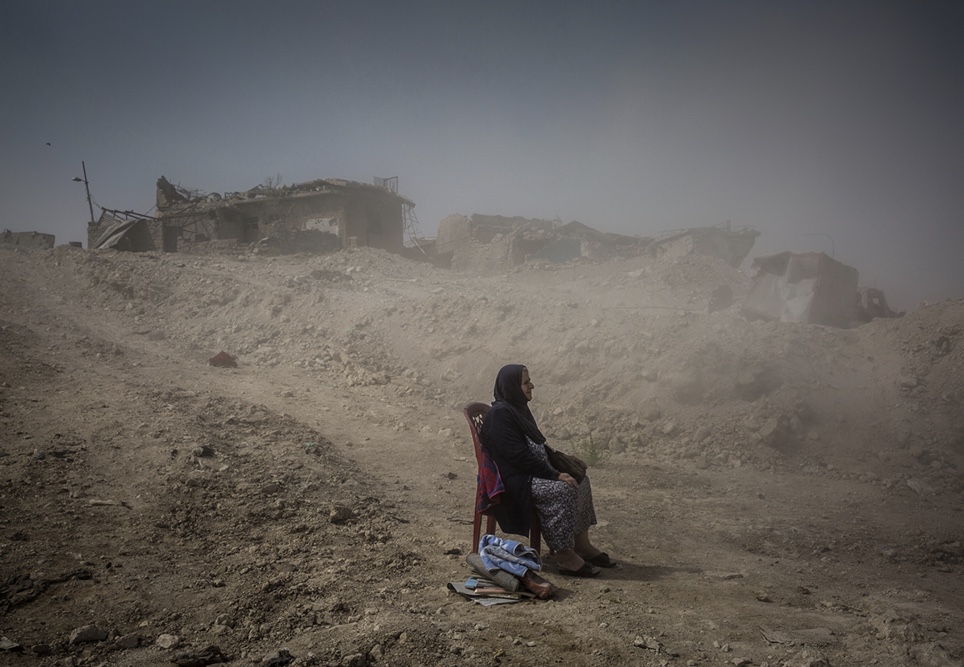 At the start of every school year, I religiously visit Bonsecours Market to attend the prestigious World Press Photo exhibition. For those who aren’t yet familiar with the event, I hope to convince you of the absolute need to make it an annual ritual.

Nearly 4,500 photojournalists submitted more than 73,000 photos, each one more poignant and striking than the previous. For the 61st edition of the World Press Photo Contest, the jury awarded prizes to 42 photographers from around the globe. Montreal is one of those cities where the chaos of the world continues to be classified as foreign news instead of a local problem. Thus, in the tranquility of our city, this event helps give us a clear, sharp, and precise perspective on issues that, positively or negatively, have shaped the world over the last year.

We visit this exhibition not only to admire the accuracy of the photos, but also to reconnect with humanity. Each one of these stories count, and it’s up to us to tell and remember them so as not to forget them. Alexandre Champagne, the spokesperson for the World Press Photo Montreal 2018 exhibition, also gave himself this mission by sharing his photographs documenting the aftermath of the tragedy of the Quebec City mosque shooting. Thus, from the Rohingya genocide in Myanmar to the terrorist attack on the Islamic Cultural Centre of Quebec, we may be better able to connect these sufferings, which are ultimately the same. According to Champagne, the contest has tried to take a different perspective in recent years and aspires to select photos that not only showcase extreme conflict, fatality, or mortality.

Indeed, some pictures, like the one of Zanzibar women swimming in the Indian Ocean, speak volumes about courage and human hope. Women are not traditionally encouraged to learn to swim, mainly because of the constraints of a very conservative Islamic culture, but also because there are simply no appropriate bathing suits available. “Big Fish” is the name of the project that these women have built together so that they can each have the chance to learn to swim, while still respecting their culture and religion.

Another photo series, which can’t really leave anyone indifferent, is the one put together by photographer Adam Ferguson named “Boko Haram Strapped Suicide Bombs to Them.” If the title gives any indication of the horrors that these girls have lived through, the courage and strength they embody as survivors make these portraits exceptionally beautiful in my eyes.

However, the photo that came out the winner of this contest was indeed taken during a time of extreme conflict. It shows a young Venezuelan literally turning into a human torch after a tank of motorcycle gasoline exploded on him during one of the protests against the president of Venezuela. This fraction of a second, captured through Ronaldo Schemidt’s lens, is as fascinating as it is tragic. It’s hard not to feel like we’re also burning up, because the fire is so fiery and flamboyant. Faced with the bright red flame, which seems to have engulfed the young man in an instant, we can only be dumbfounded by the immediacy of this photo. In a country like ours, where the only true source of agitation is the sound of car horns in traffic, it seems imperative to recognize the incredible luck we have…

I’d much rather Montreal be recognized as an orange city because of the nonstop construction chaos than it be perceived as a black and tarnished city like Caracas, because of destructive choices that have led to chaos…

P.S. Here’s the link containing all the information about the event:

Hurry, you have until September 30!