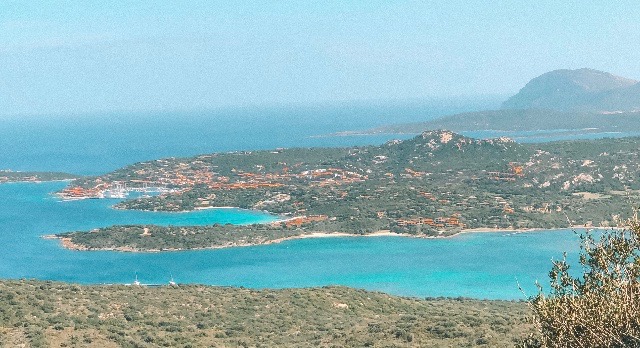 Italy’s paradise is Sardinia. We all know that Italy is shaped like a boot. Italy also has two large islands, one to the south of the boot (Sicily, which is a jewel) and one to the west of the boot, which is called Sardinia.

Sardinia is a wild place. I’ve only explored the north and west coasts (including Costa Smeralda) and they were beautiful in every way. Winding roads run along the bays and link villages to one another. However, the real Sardinian treasure is the sea with its breathtaking crystalline blue. When I went there for the first time, I understood why Beyoncé celebrates her birthday in Sardinia, and why the richest people in the world spend their time there. Sardinia’s archipelago of islands are also hidden gems. The water is full of marine life, the islands (which are for the most part national parks) remain intact and are brimming with life. It truly is a slice of paradise.

The food is also amazingly good in Sardinia! The best thing to do is to book an “agriturismo”… These are places where the food is grown by locals and the dishes are authentic. Firstly, it’s CRAZY good. Secondly, it’s all you can eat and drink. Thirdly, it only costs 30-35 euros per person, including everything. They bring each service to the centre of the table and leave it until there’s nothing left, until you’re full, or until you ask for more . And when I say everything is included, I mean: white and red wine, water, antipasti (starters), primi (pasta dishes), secondi (meat dishes and salad), dolci (desserts, coffee, digestives). It’s an unforgettable experience!

And a lot more, but don’t worry. If you go to an “agriturismo” they’ll take care of you!

If you are a water sports enthusiast, you must visit Sardinia. There’s always (or almost always) wind in Porto Pollo. Average winds hover around 25 knots and can easily reach more than 35 knots. Let’s just say it’s not for beginners. Windsurfers and kitesurfers, this is where you need to be. Otherwise, there are waves really often. As always, it depends on the swell coming in but generally speaking, you’ll be lucky in the south.

In Sardinia, Porto Cervo is famous for resembling places like Monaco, Saint-Tropez, or Ibiza. It’s expensive, it’s full of strangers, Rolexes, Ferraris, Chanel bags, and so on. It’s worth checking out one evening. I’ve never seen such big boats… However, I prefer “poorer” villages that are more local, more real, more authentic, and richer in a whole other way. It’s the only way for me to get fully immersed in foreign cultures.

I hope this convinced you that Sardinia should absolutely be on your TO-SEE list! If ever you come by, hit me up, I’m currently here enjoying the beach!